We believe that voluntary and community organisations / groups are vital in providing opportunities that inspire, involve and empower the children and young people of Norfolk. We want to lead quality services which are safe, accessible and inclusive for young people.

Whether you run a weekly youth group, a local sports club or are a large organisation providing targeted support to a particular group of young people, we want to support you to do the best you can for our young people.

Find more about what we do 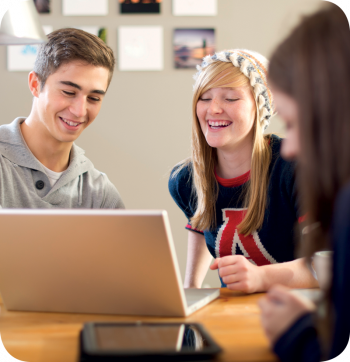 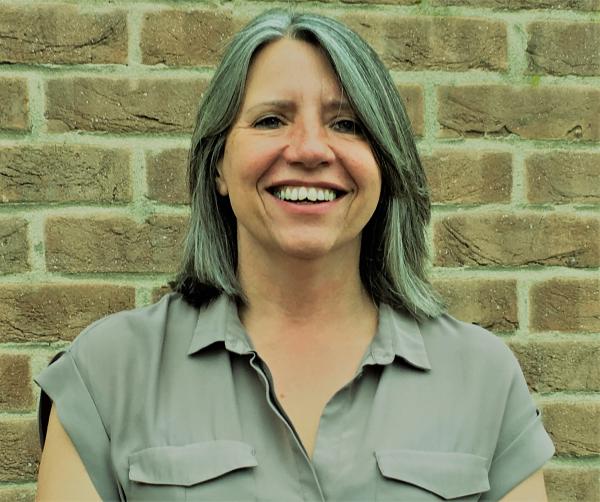 Cindee Crehan joined Momentum (Norfolk) as the Chief Executive in June 2014, having worked briefly for Victim Support on a Domestic Violence and Relationship Abuse Project for children and young people. Prior to this Cindee was the founder and CEO of Embrace, a voluntary sector organisation providing support for teenage parents in Norfolk since 2001. She negotiated the successful takeover of the organisation by Break charity in 2010 in response to the anticipated funding cuts. This experience has given her insight into the pressures faced by both small and large voluntary sector organisations in responding to the ever-changing financial and political climate that we operate in.

Cindee has lived and worked in Norfolk since 1986 - working in the statutory sector (Social Services, Education and Health) and in the voluntary sector.

"Job satisfaction for me is believing that the work I am contributing to makes a real difference to people's lives and knowing that I am doing my job to the best of my ability. As Chief Executive of Momentum (Norfolk) I will support the team in their work with our members, who provide such a valuable role in meeting the needs of young people in Norfolk".

Elaine joined Momentum (Norfolk) in January 2017 as Business Support Manager. Her role is to oversee the administrative aspects of the organisation in addition to supporting Momentum’s Chief Executive to develop the services offered. Elaine also provides support for the Voluntary Sector Forum (Children, Young People and Families) which is a forum for VCSE sector organisations that provide services to children, young people and their families in Norfolk. If you are interested in joining the Voluntary Sector Forum, please get in touch with Elaine. Elaine’s previous appointments include Head of Human Resources for an international charity as well as PA and Office Manager roles. 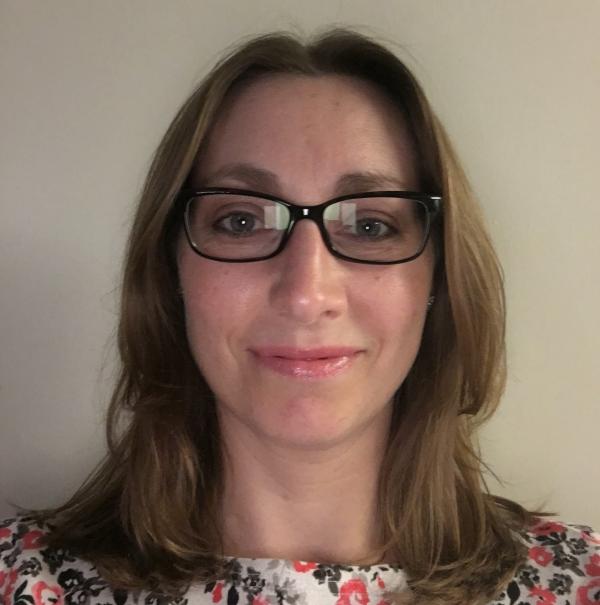 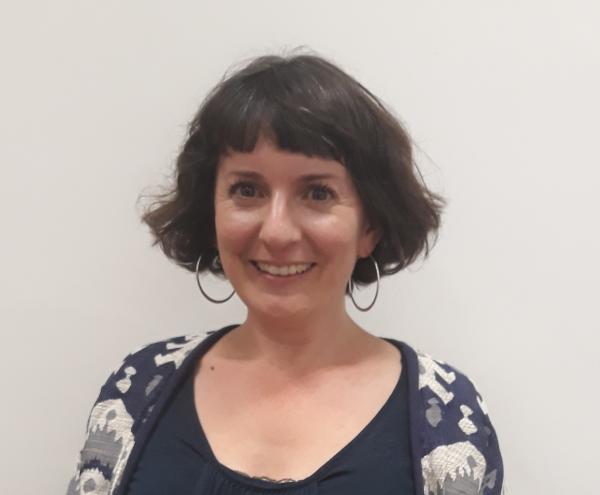 Amelia joined the Momentum team in July 2019 as Groups and Membership Officer for Momentum and Voluntary Norfolk. As well as coordinating the joint membership offer, Amelia also administers the Momentum small grants fund, looks after the Voluntary Norfolk Community Events Stuff Hub and is the Norwich locality officer under the Working Together partnership. Amelia has a community development background, particularly working with older people and has an interest in intergenerational work.  In her spare time, Amelia is working with her neighbours to turn their back alley into a community garden!

This is my second stint at Momentum (Norfolk) - my first post in the voluntary sector was with Momentum in 2006, when it was known as Norfolk Council for Voluntary Youth Services. I re-joined in 2009 as Training Administrator.

I have also worked for Victim Support as Victim Care Officer and with Norfolk Scouts, as Deputy County Secretary.  Prior to my voluntary sector experience I worked for 21 years in the private sector working for a local ceramic tile distributor, starting as a telephonist when I first left school and working my way up through the company to the position of Credit Controller.

As well as my broad experience in administration, I have a Level 2 in the Principles of Business and Administration. On a personal level, I have overcome some significant challenges but always have time for a friendly hello. I recently applied to volunteer within the NHS (West Norwich Community Hospital) as a befriender. 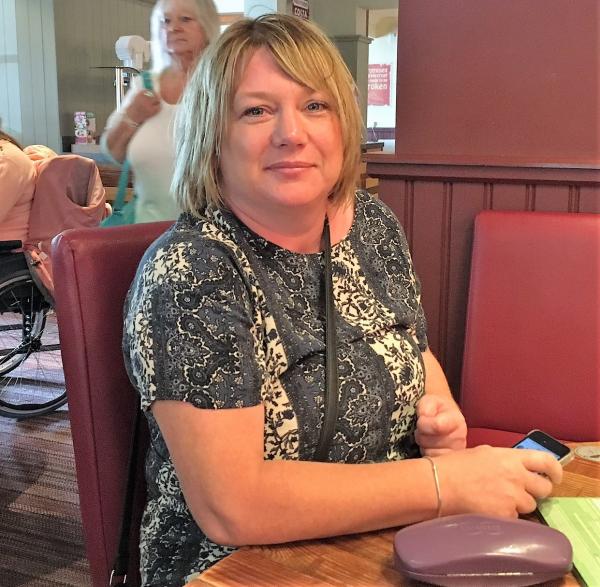 Aimee joined Momentum (Norfolk) in September 2016. Prior to joining the team, she was a frontline youth worker for YMCA Norfolk and worked on a wide range of youth projects, from setting up an informal education project about hate crimes to supporting the Broadland Youth Advisory Board. Outside of work, she is also a volunteer children’s worker at a church in Norwich.

Her role as Supporting Excellence Officer is to champion quality in youth groups, share good practice, and support organisations to make sure they are running safely and to a high standard.

I enjoy helping others. I busily work two jobs in the week helping get DBS check applications countersigned for clients. Then on Sundays I work a voluntary job for Mencap in one of their sales shops. 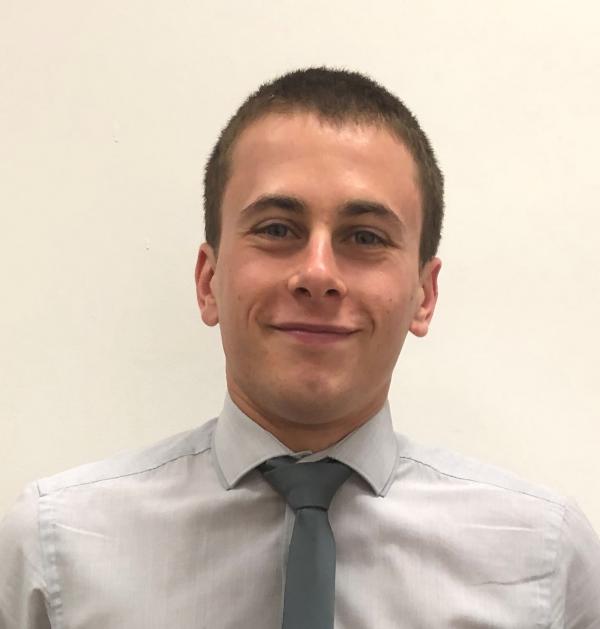 Alex joined Momentum (Norfolk) in July 2019 as an Administration Assistant. He is responsible for a wide range of tasks which help to support the rest of the team. His main role is to administrate the large number of Youth Work Practice portfolios and keep an up-to-date record of students’ individual progress.

Prior to joining the team he spent three years studying for his BA (Hons) in International Relations and Modern History at the University of East Anglia, graduating in 2018. During this time, Alex discovered that he really enjoyed living in Norwich and has been fortunate enough to finally get back!

In his spare time, Alex is a volunteer with the RAF Air Cadets in King’s Lynn, helping them out with administrative and ceremonial duties.

Richard joined Momentum (Norfolk) in July 2017. His position as a Social Media and Digital Marketing Assistant nicely plays into his passion for media and technology; a passion that he has been developing ever since he stuck his fingers and a fistful of bottle caps into his grandparents’ VHS recorder as a toddler. Obviously, he had a lot to learn about how media works and that’s why he decided to do his BA and MA in Film Studies at the University of East Anglia. He is currently working towards his PhD where he also got his first opportunity at teaching undergraduates as an Associate Tutor. His responsibilities at Momentum (Norfolk) include updating website content, social media presence and publishing regular E-news. 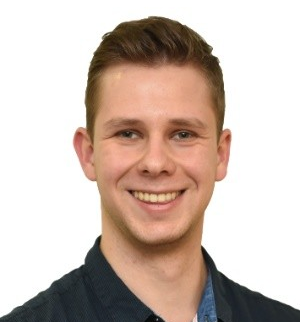