NANSA, one of Norfolk’s leading disability empowerment charities, has been chosen to have its logo promoted on the new kit for the Swanton Morley under 10s Reds Football team. 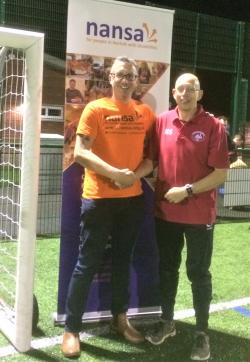 The kit was funded by a parent of one of the team members, as a way of supporting the team and NANSA at the same time. The team’s new kit made its debut at the Northgate Cup in Dereham earlier this year and the response has been very positive.

“I’m really excited to be able to help promote a charity like NANSA via our football team” said Swanton Morley Team Manager Nigel Smith. “I can’t think of another junior football team in the area which has a charity on its shirts and we are delighted to be involved.  We are already looking at joint fundraising events for next year and I’m currently working on a sponsored run/dribble for the team which will raise money for the club and NANSA.”

“We are really thankful to the Swanton Morley under 10s Reds Team for their support of NANSA” said NANSA CEO Ros Czarnowska. “As a Norfolk charity, NANSA greatly value the support of the local community in helping us raise both much needed funds and general awareness of our work empowering people with disabilities.  We are looking forward to working with the team throughout 2018 to raise fund for both NANSA and the club and wish the team every success for the rest of this season.” 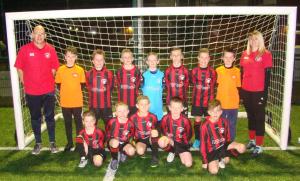 NANSA was founded in 1954 by families whose children had cerebral palsy. They had a need for locally-based support services; for them, their children, and many other families in Norfolk.  Demand for the charity’s support has grown ever since. It now supports people across a range of age groups with varied physical, learning and sensory disabilities. It works in partnership with many organisations in Norfolk, and is a locally recognised, proven provider of high quality services.

NANSA is committed to nurturing an ever more inclusive society; one where people with disabilities play an active part in community life, fulfil their potential, and achieve their goals.